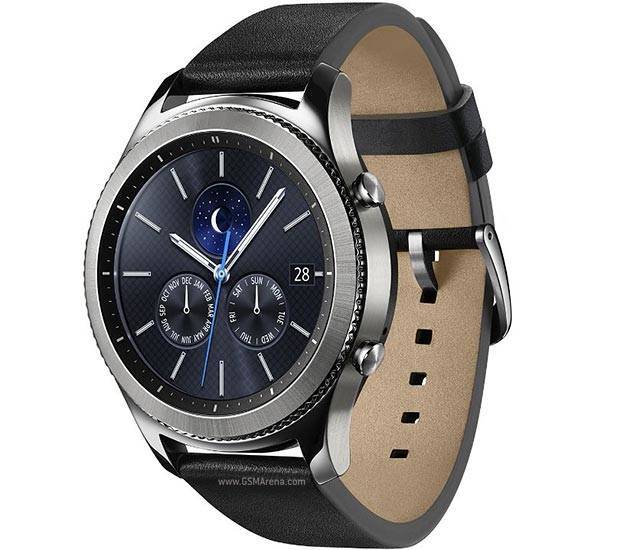 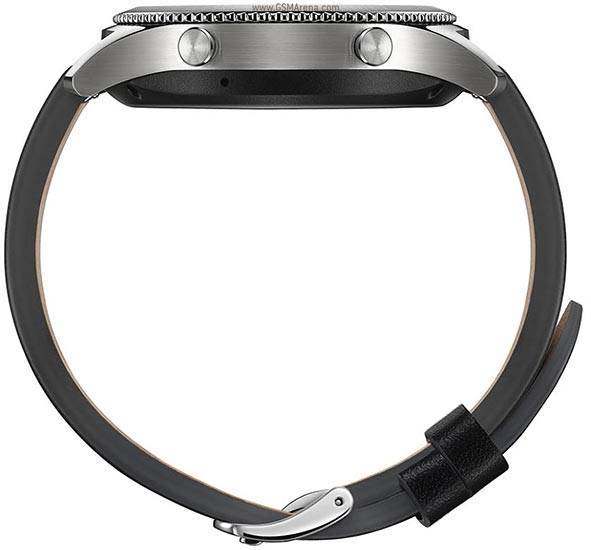 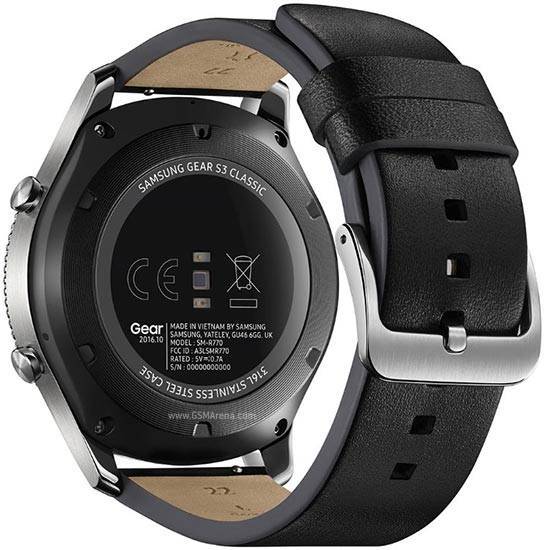 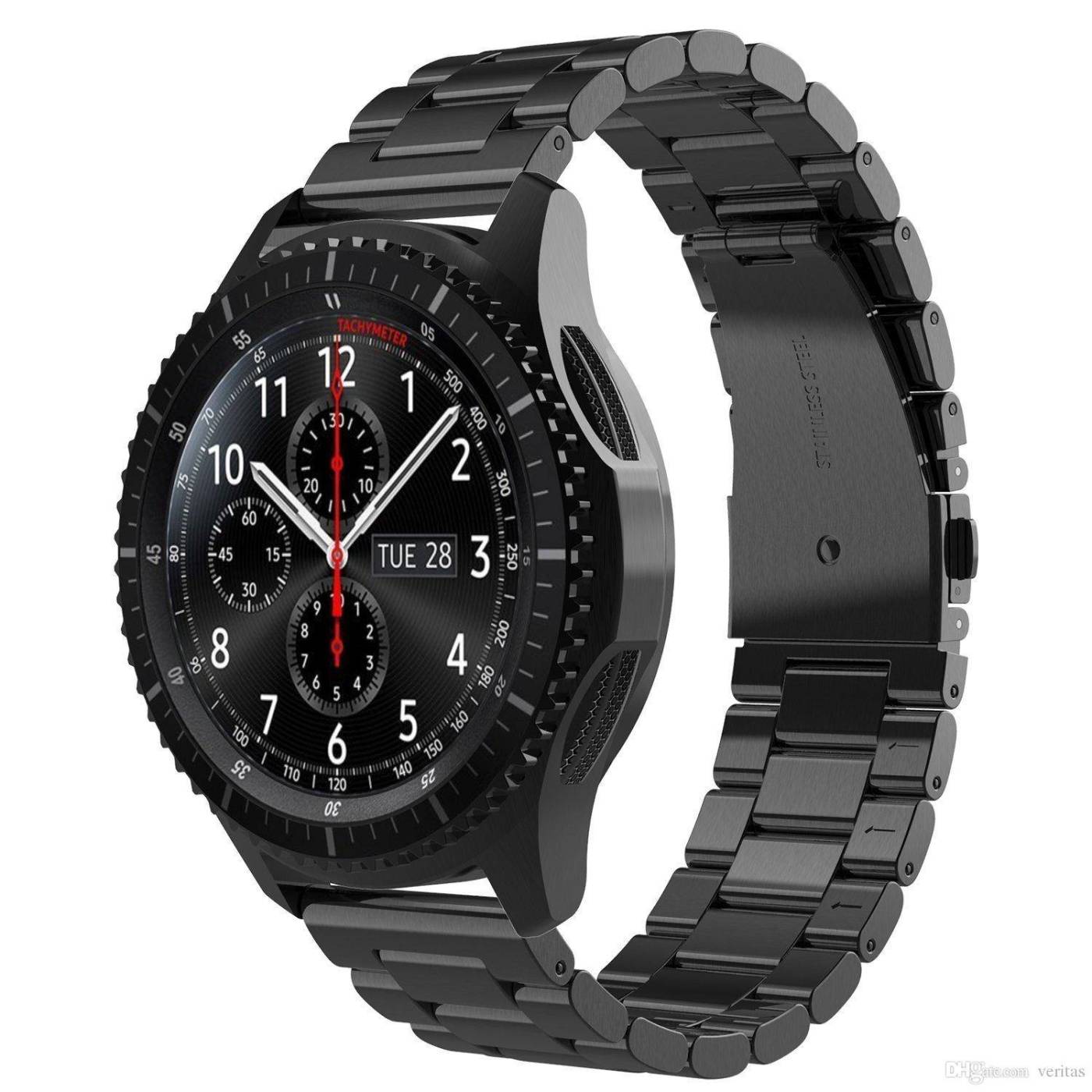 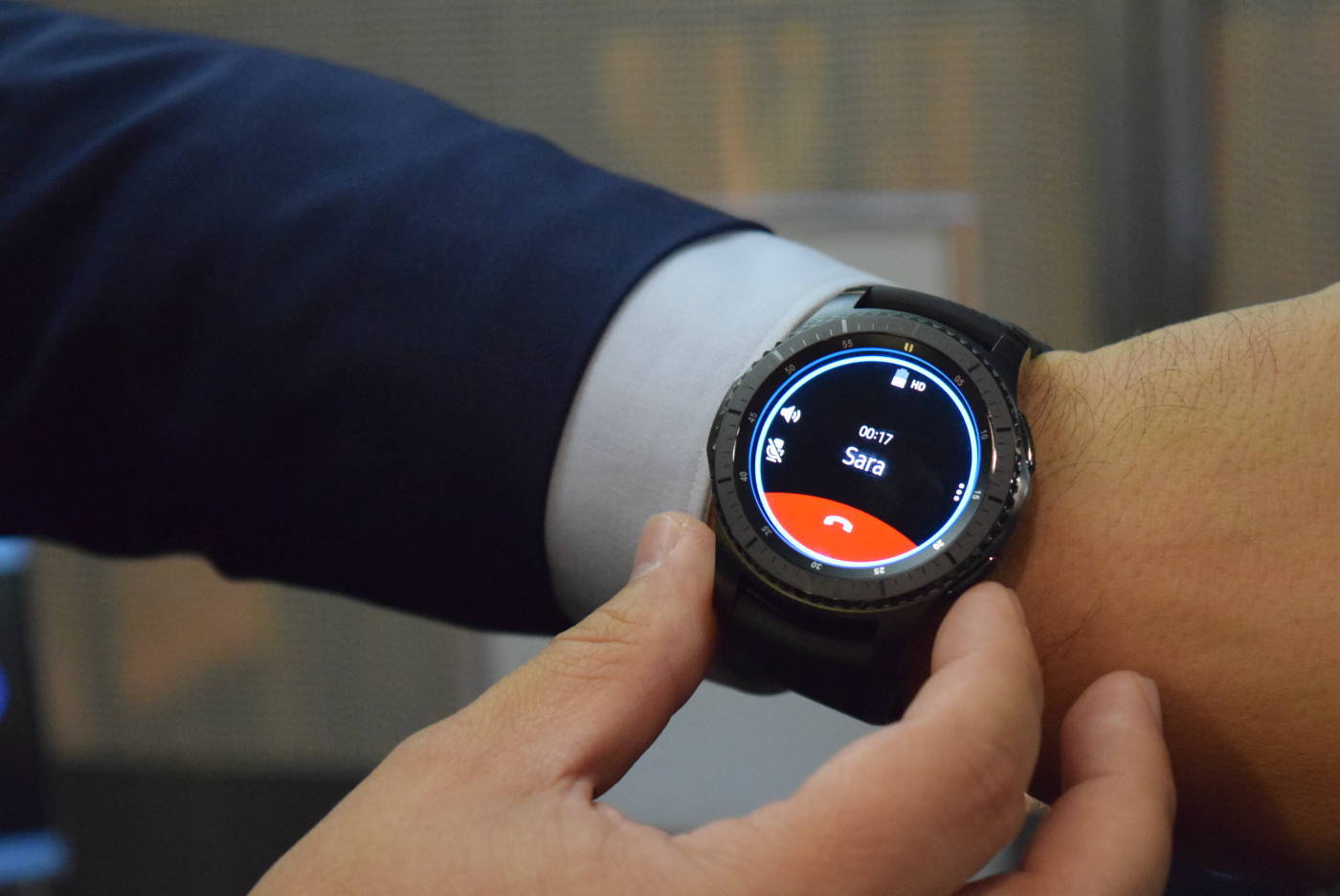 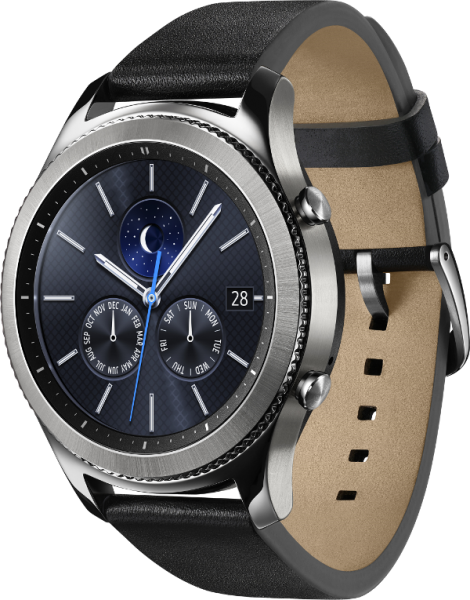 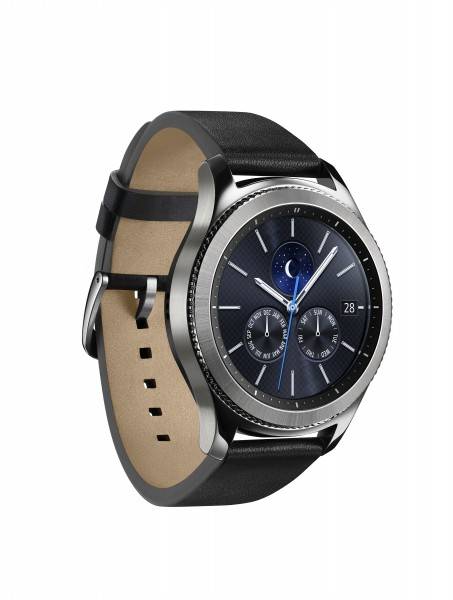 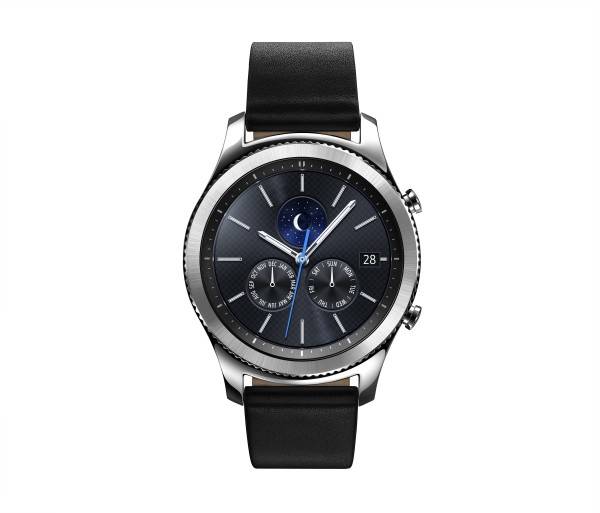 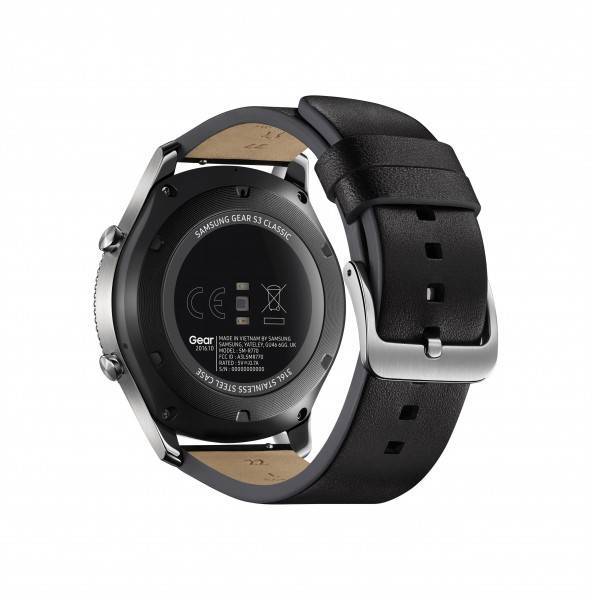 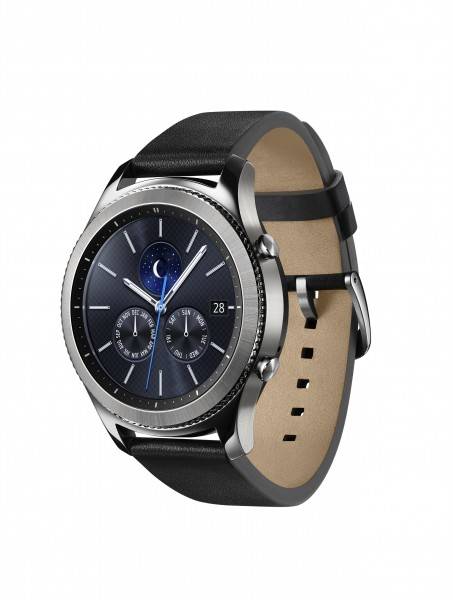 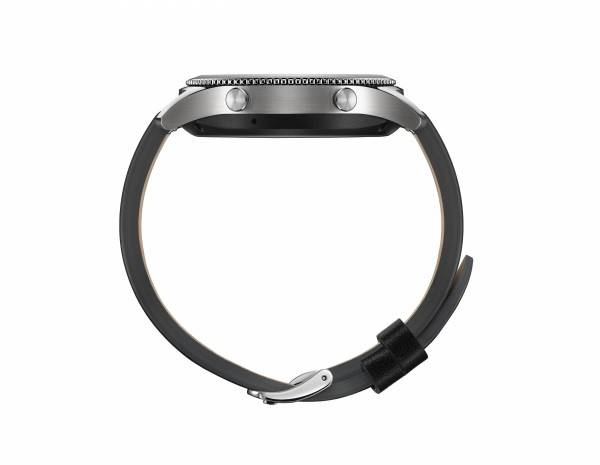 Smart watch Samsung Gear S3 represents the third generation of multifunctional watches designed by Samsung. It is available in two versions — Frontier and Classic. In addition to the obvious function — to show time, this watch performs some functions of the smartphone, play the role of the fitness wristband, the music player etc.

"Taisen" is an open operating system based on the LINUX kernel. It can be installed on a wide range of devices — from mobile gadgets to smart home devices. The developers of this OS are Samsung and Intel. The name "Tizen" consists of three English words — tie, rise and zen (the system of philosophical views of Zen).

The main differences between these two versions of the watch are their design and appearance. Frontier is a more sporting option, the marks on its bezel (bezel is a unique feature of the Samsung Gear series, it is a rotating rim of the face which makes it easy to control the device) are more prominent, the control buttons are elongated, the strap for this watch is made of elastomer, while Classic watch has a more formal look, it looks good on the arm of a business person, and its strap is made of leather. The Frontier version is four grams heavier than its Classic counterpart.

The number of functions of the Samsung Gear S3 device provides:

A convenient innovation of Samsung used in the previous model is bezel (rotating rim around the face), which makes the device usage extremely simple and easy.

The touch screen reacts even to the touch of wet hands and when you wear gloves.
The speaker and microphone transmit sound well when talking in a room or in a car.
The ability to be connectted to the Internet directly through Wi-Fi or through a Bluetooth connection to the phone.
The heart rate monitor gives accurate results if it fits your arm tightly.
Due to the manufacturer's decision to use standard arm straps (22 mm), you can choose the watch straps to your taste.