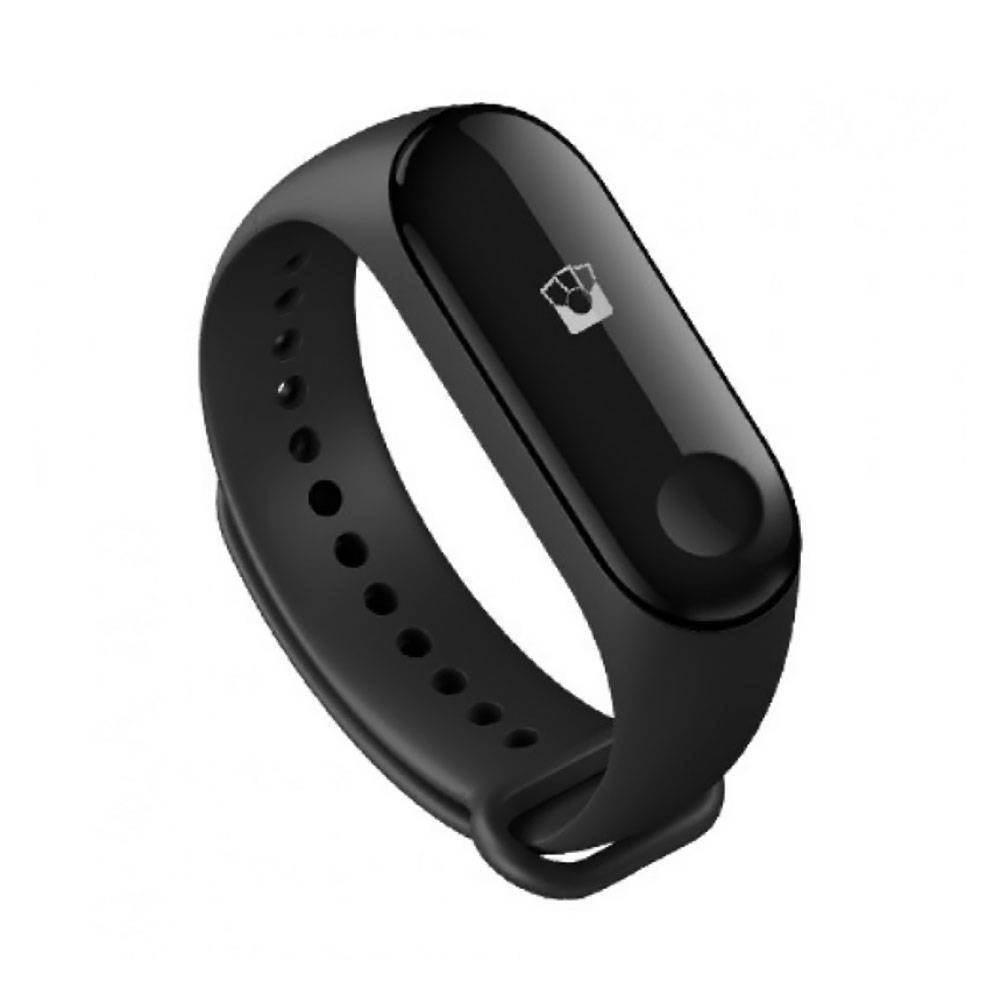 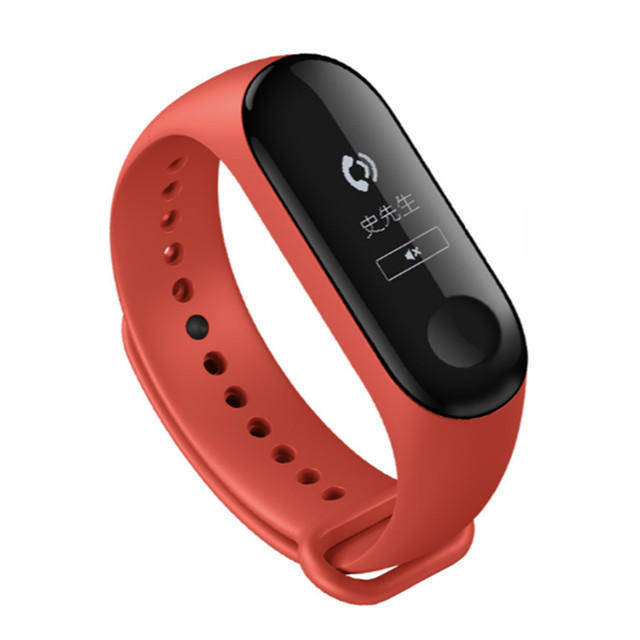 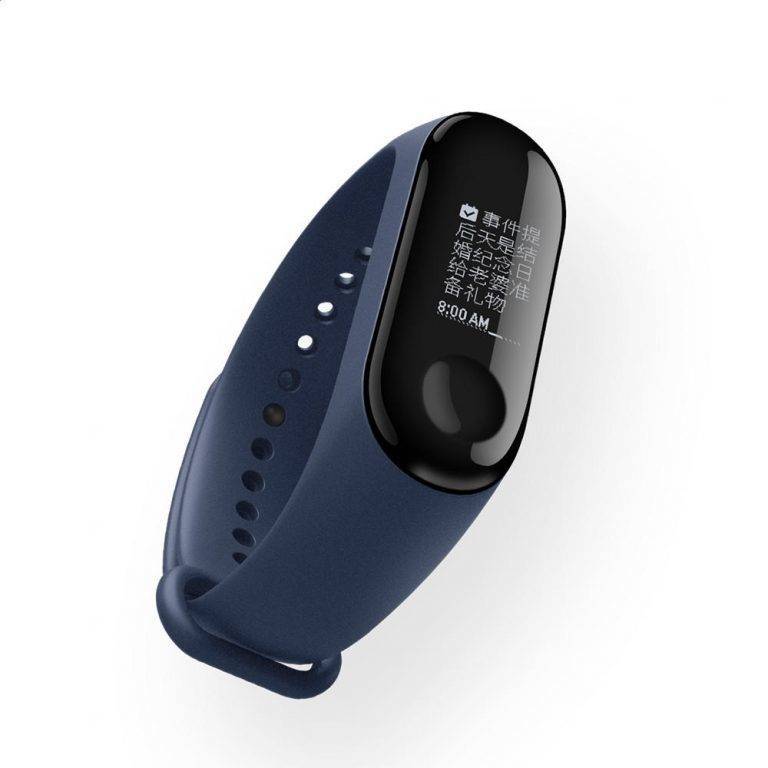 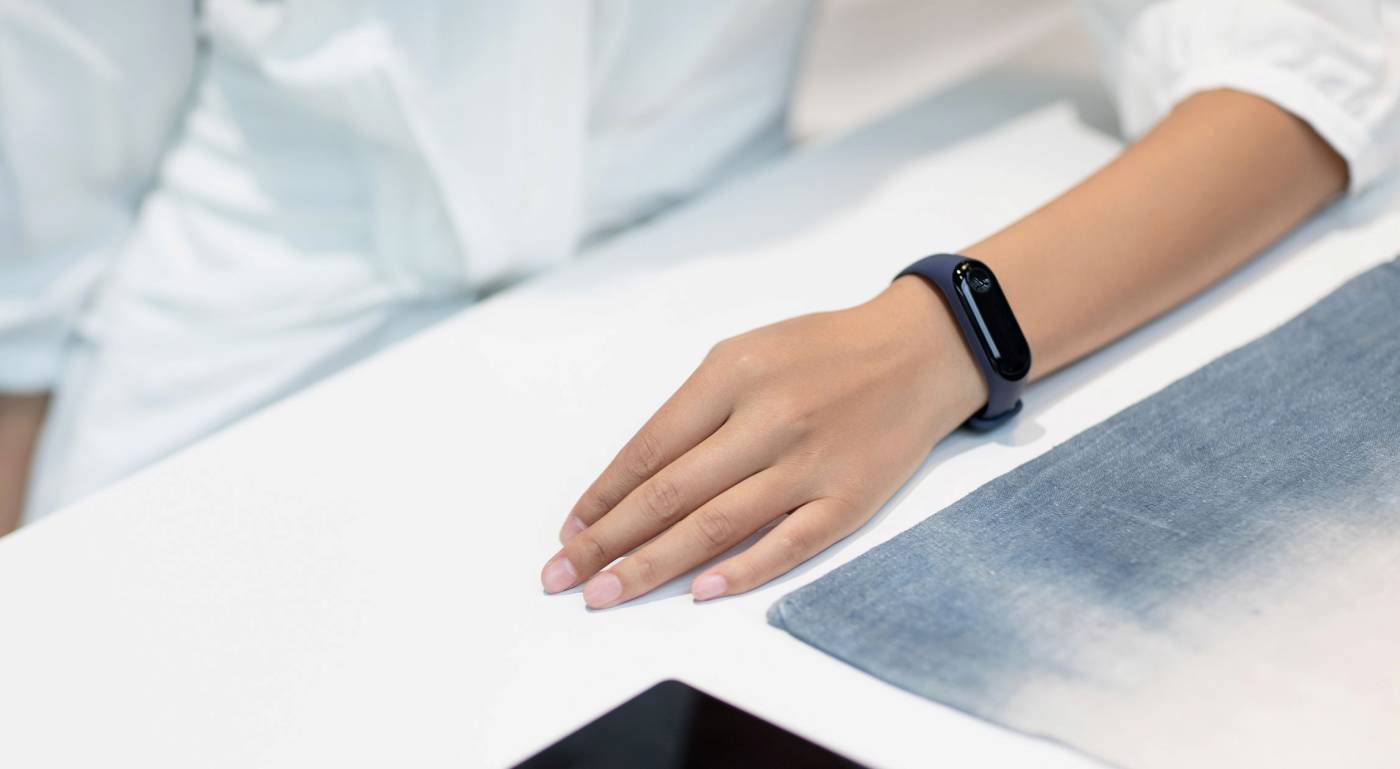 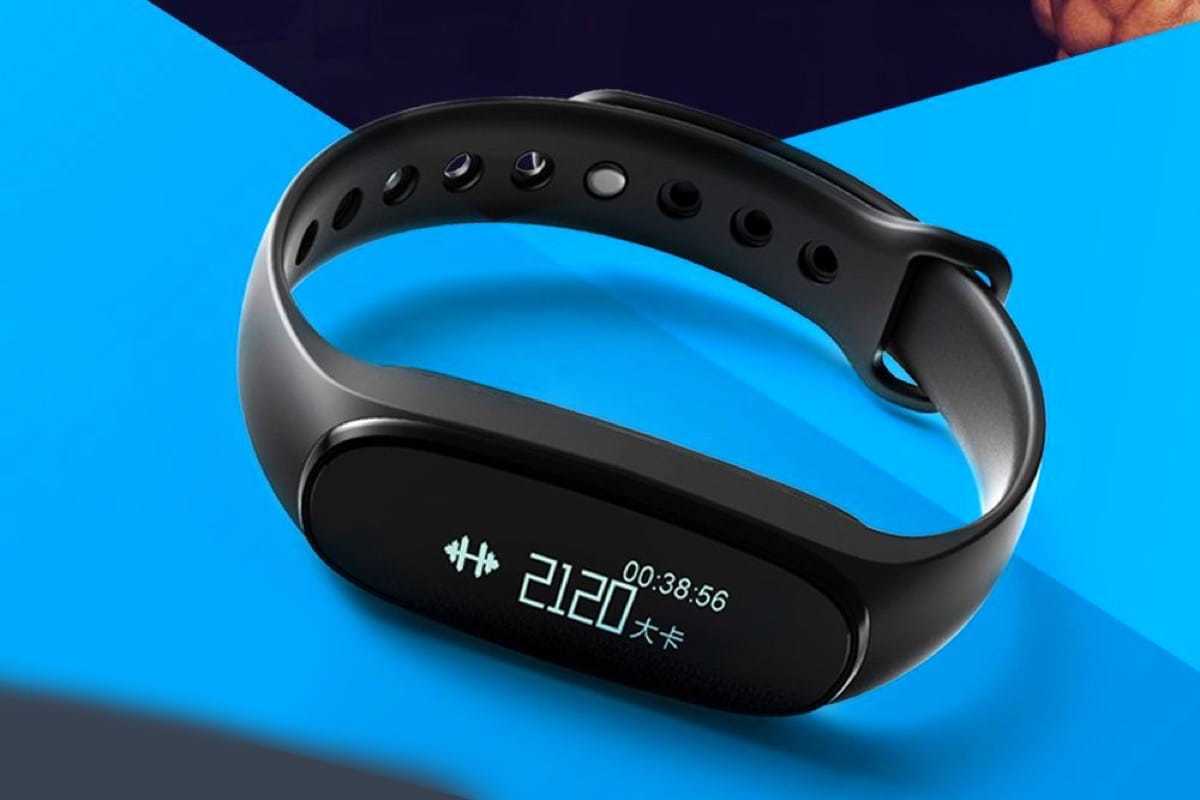 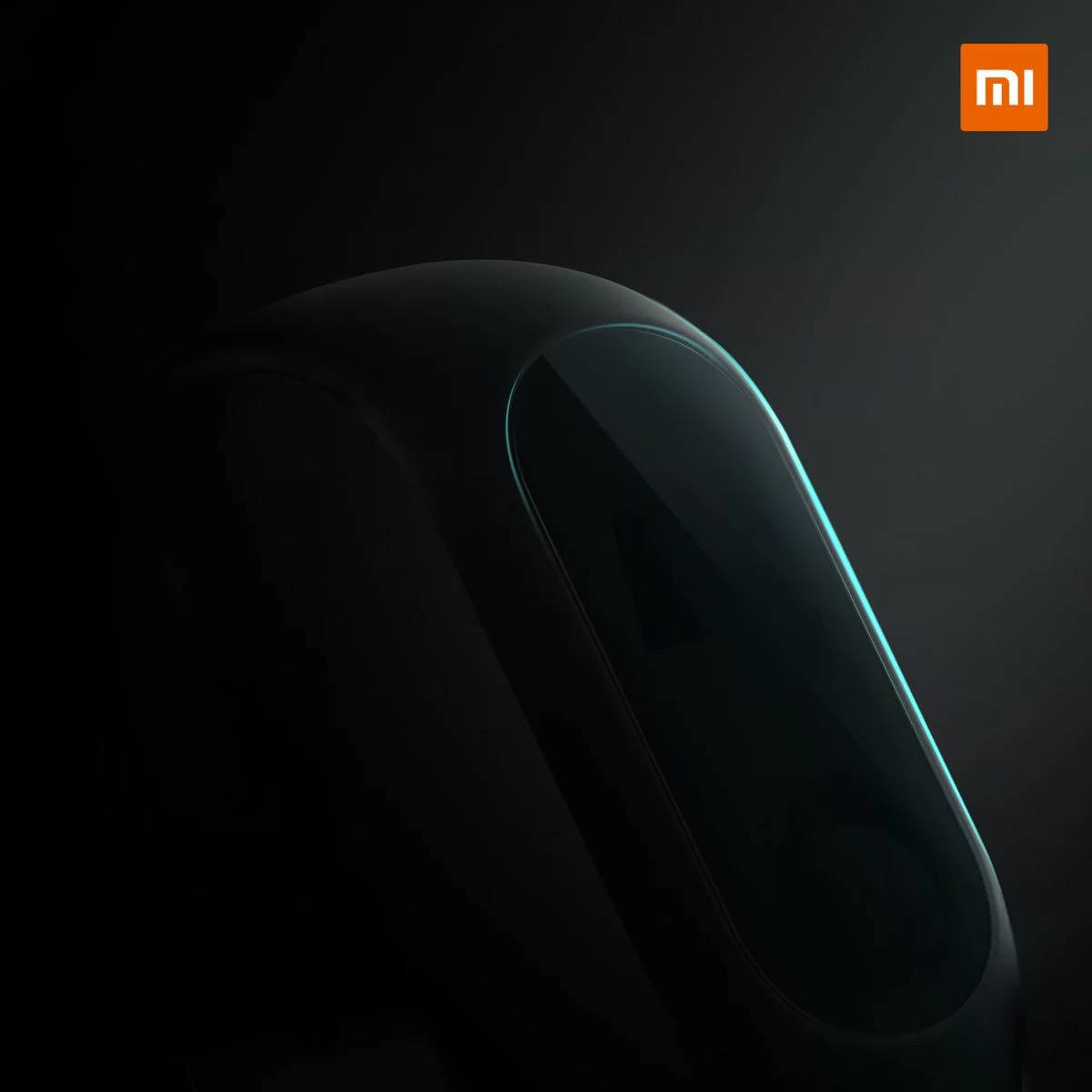 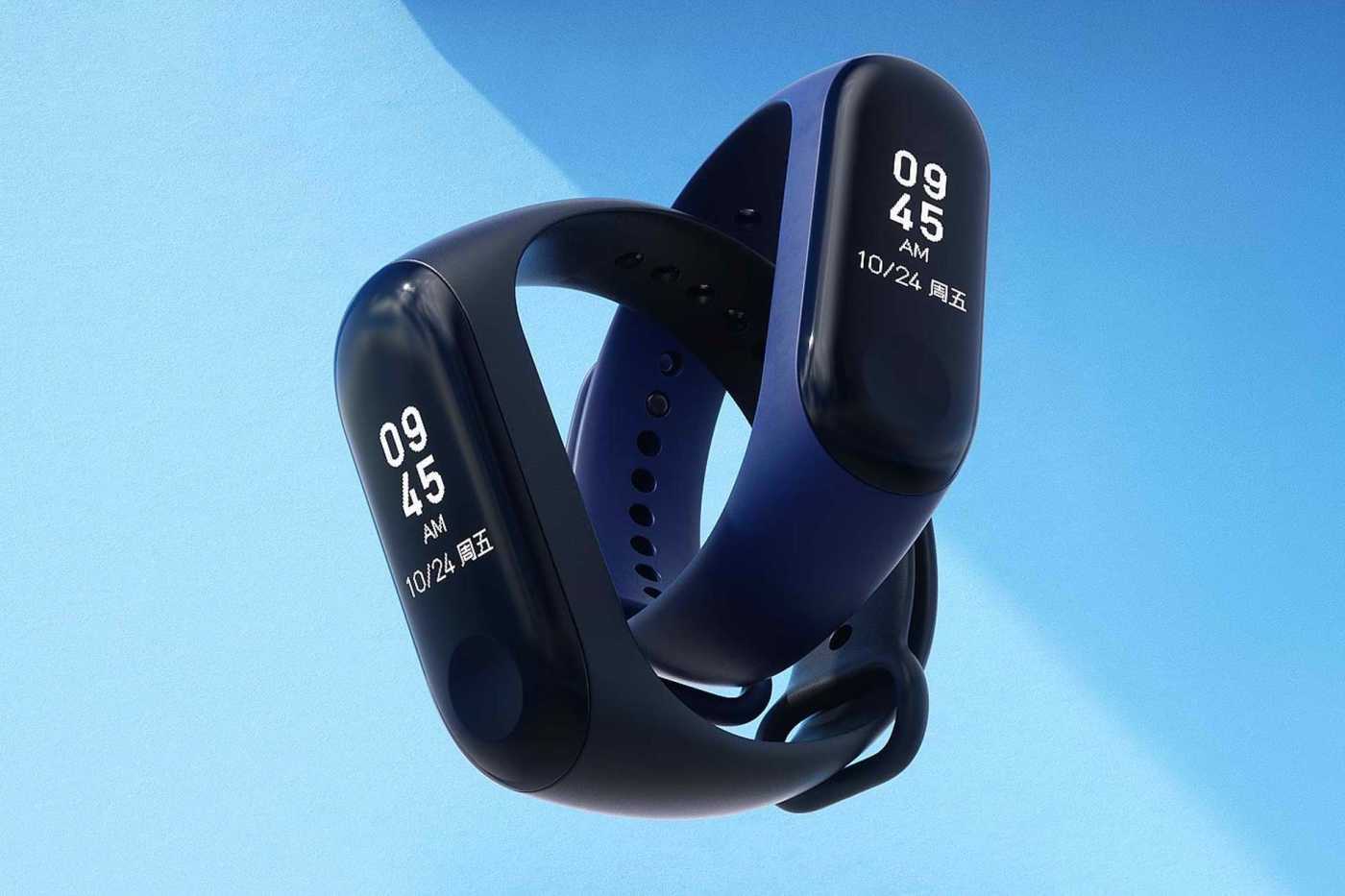 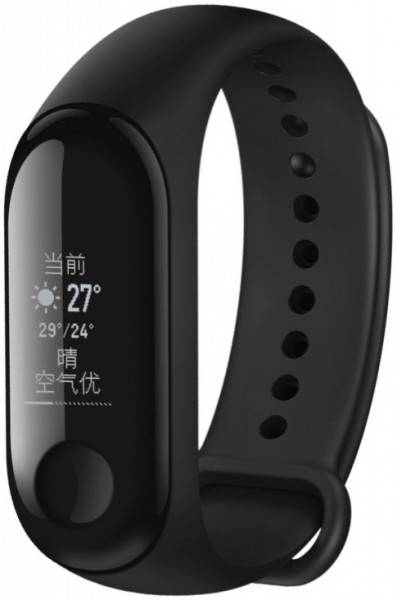 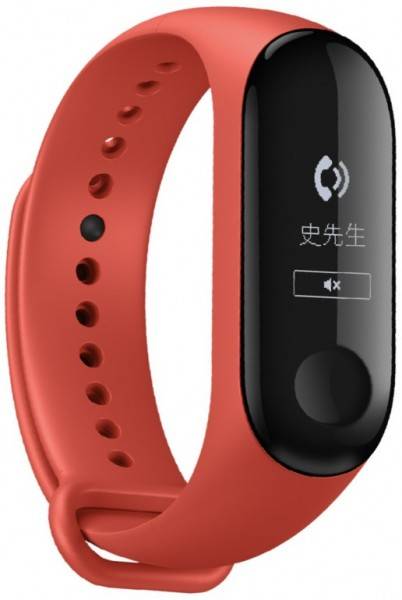 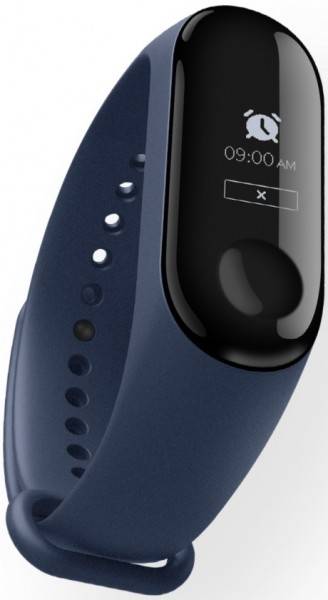 Xiaomi Mi Band 3 is the fourth generation of smart wristbands of the Chinese brand. The gadget got a full touch screen, full waterproof, support for notifications and an NFC chip for contactless payment. All these features are available just at the price of 26 USD for the basic version and 31 USD for the version with NFC. Xiaomi Mi Band 3 has already been called the best budget wristband of the company, and in China during the first week of sales already 650 thousand people placed a pre-order for it. The advanced model with the chip has not even appeared yet — it was announced to be released in September 2018.
It is not known yet when XIaomi Mi Band 3 officially goes on sale outside of China, but all the details can be considered now. In Chinese stores wristbands are sold in three colors: black, blue and red. Capsules everywhere are black, only straps are different. Changeable straps can be bought in addition. 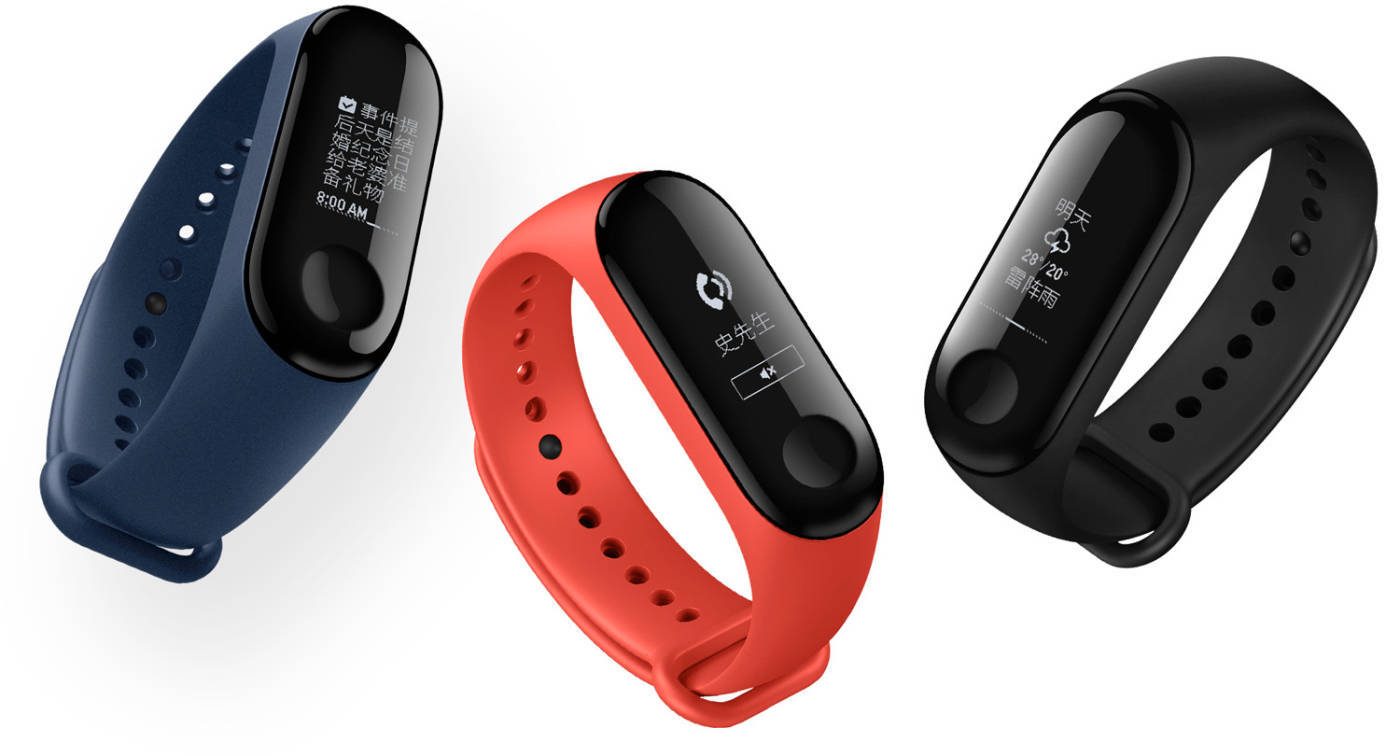 Xiaomi is not very consistent in the release of new products:
The current generation is different from its predecessors in a number of indicators. What's important is that the price has not changed much, the difference from Xiaomi Mi Band 2 at the start of sales is only 3 USD. The main changes are the following: The main feature which is a chip that will allow you to pay with the wristband cannot be tried yet. The version with NFC will be launched not earlier than September, and then firstly in China. Tech support in China notes that contactless payment will only work there, but there is no official information yet. It is also unknown whether the function will work if the paired smartphone does not have NFC support.

The rest of changes are only cosmetic and almost imperceptible The dimensions and weight became larger. But 13 grams of difference do not add too much weight, the wristband still fits your hand comfortably even during sleeping. The manufacturer has extended the straps’ length, and it is important to remember it. The fastening is different — straps from Mi Band 2 do not fit Mi Band 3!

The main question is the following: to update to a new generation or not to update? Definitely, yes, it is worth doing it, but not now. We advise you to wait for the start of sales of the international version and the official announcement when NFC begins to work outside of China. That is, until September you have time to think it over. 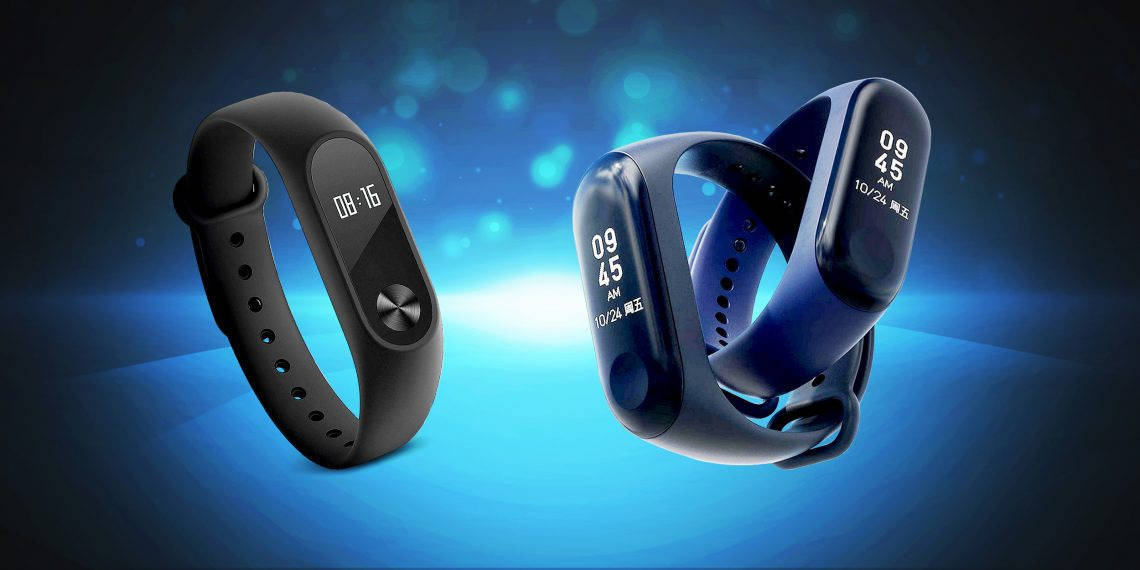 The overall design is very similar to Xiaomi Mi Band 2. It is still a central capsule that is attached to a removable strap made of a thermoplastic elastomer. There is a heart rate monitor in the back of the capsule. For accurate work, it should fit the skin tightly — it is important to fasten the strap tightly for this. If you have not had smart wristbands before, it will take 1-2 days to get used to it. Especially if you do not take it off at night. But in general, the ergonomics and convenience of the gadget are excellent, and buyers like the design even more than one in the familiar Mi Band 2.

The display is monochrome, it has OLED matrix and a touch screen. The screen is covered with a 2.5D glass, so it protrudes from the strap — this can be a bit unusual. Remember that in the previous version the display was flat. You can now control the device with touches, swipes and a button: one tap — return back, long press — action confirmation. Thanks to the sensor in the new model, you can now read messages, receive and reject calls, check weather and other notifications.

Xiaomi Mi Band 3 in terms of design retained the convenience of past generations and added a base for new functions. 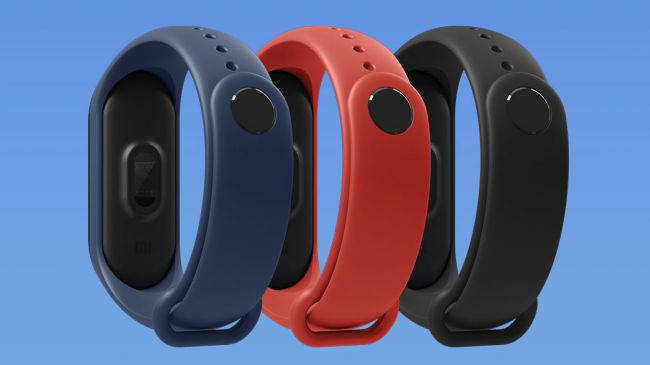 Touch screen. It is the main advantage of a new model. The sensor allows you to work with the entire display at once, and not just with a button. There is notifications management and viewing of statistics. Xiaomi clearly makes the wristband closer to a smart watch. And although the set of functions cannot be compared, the trend is obvious.
Waterproof IP68. The gadget is completely dust resistant and can be submerged to a depth of 50 meters and for longer than half an hour. You cannot go diving with Xiaomi Mi Band 3, but for the shower and pool the device is suitable.
A capacious battery. The capacity of 110 mAh allows the wristband to work up to 20 days or 480 hours. Charging is normal, not accelerated. Important! The Mi Band 2 charger is not suitable for a new model.
Low cost. The starting price in China for the version without NFC is 26 USD. Unofficially the wristbands are already sold in some countries, but they are twice as expensive as ones in China. It is better to wait when official sales start — the price will fall.

There is no built-in GPS. There are training modes in the wristband and application, including running and biking. But for tracks you have to use smartphone’s GPS — it's not very convenient.
You cannot answer calls. One more difference from a smart watch is that using Xiaomi Mi Band 3 you cannot talk on the phone. There is an option only to accept / reject an incoming call, but for a conversation you will need to get a smartphone.
Limited compatibility. The gadget works only with smartphones on Android 4.4 and higher or iOS 9.0 and higher. Older models are not supported.


The gadget is packed in a white box with a transparent cover, on the back side are technical information and device certificates. Immediately under the lid is a Xiaomi Mi Band 3 capsule. Then there are also the following items in the box: a silicone strap, a charger and instruction. While there is no international version, all documentation is in Chinese. The box is small, but everything is fastened securely inside. There will be no additional features, and the kit contains only the most necessary items for the work of the wristband. 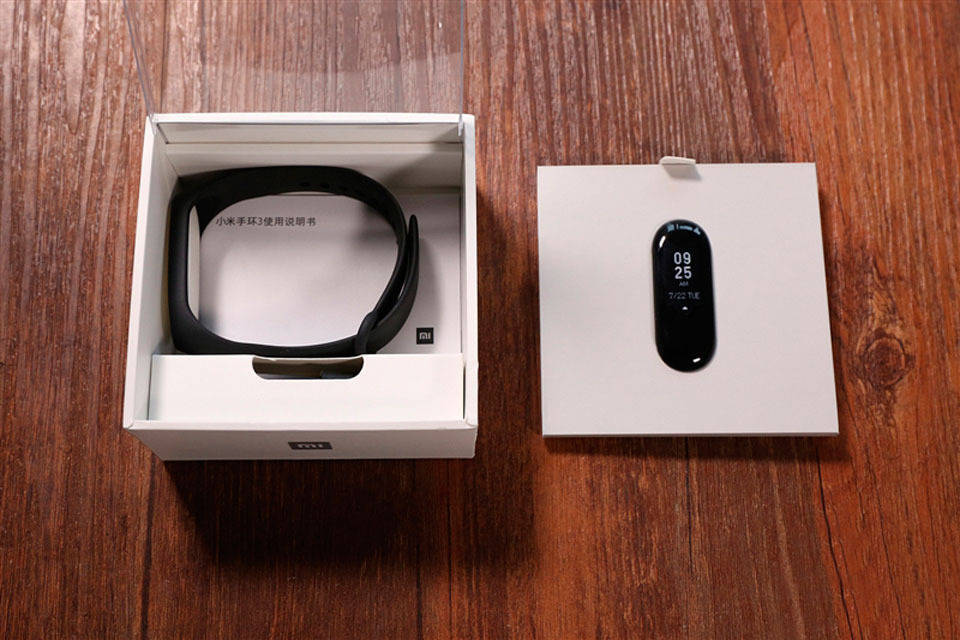 Since the wristband was just recently released, it is not possible now to check it out at a long distance. Most of the problems appear after 1-2 months of its active use, so for greater objectivity and impartiality you should wait for some time. In the beginning, Xiaomi Mi Band 3 looks almost flawless. With software the situation is the same. The official application works without complaints, but bugs and conflicts can appear in new firmware versions.

Xiaomi provided official rules of use, warnings and some advice in the instructions. In addition to them, we can outline the following:

The owners of Xiaomi Mi Band 3 are delighted with the smart wristband. The touch screen with messages, water protection, usual 20 days without recharging, all the important functions for fitness and tracking — what else can you wish.
Disputes unfold around the NFC. Chinese users are more relaxed — they were assured that the chip of contactless payment will work exactly. Other users are not so optimistic. Xiaomi's tech support in China has already answered that versions with NFC are only designed for that country. There is a questionable insider from the company headquarters — one of the staff claims that NFC will be international and even will support Google Pay and Android Pay. We can check it only in September.

Another complaint from buyers is about the design. There are more stylish and beautiful goods on the market of budget wristbands. The previous Mi Band models were not particularly remarkable or striking in their design either, but the convex screen with the bulky glass in the new version predictably caused a wave of discontent.

Despite the shortcomings and complaints, Xiaomi Mi Band 3 is really one of the best budget trackers in the world. Taken into account that the past generation was released two years ago, you can try to upgrade, although it is better to wait when the official sales start, when the price outside of China falls.

Since the gadget was just released, there are no user software assemblies for it yet. In China, Xiaomi Mi Band 3 works with the local version of the official Mi Fit application, it is available through the Xiaomi online store. An international Mi Fit version is available abroad through Google Play and the App Store.

The set of functions of the application is almost the same. A number of screens show steps taken, distance covered, pulse, sleep data. There are also settings for notifications and reminders. In the profile, you can set goals and tasks for training, here there is also synchronization with other Xiaomi gadgets.

It is not known yet, whether users will update their applications for Mi Band 2 and optimize them for a new version.

In the segment of budget trackers, Xiaomi Mi Band 3 faces the risk that there will be no competition at all — taken into account the price and loyalty of the audience. But while in the international sale the new version costs from 50 USD, and there is no information about NFC, you can pay attention to its equivalents: