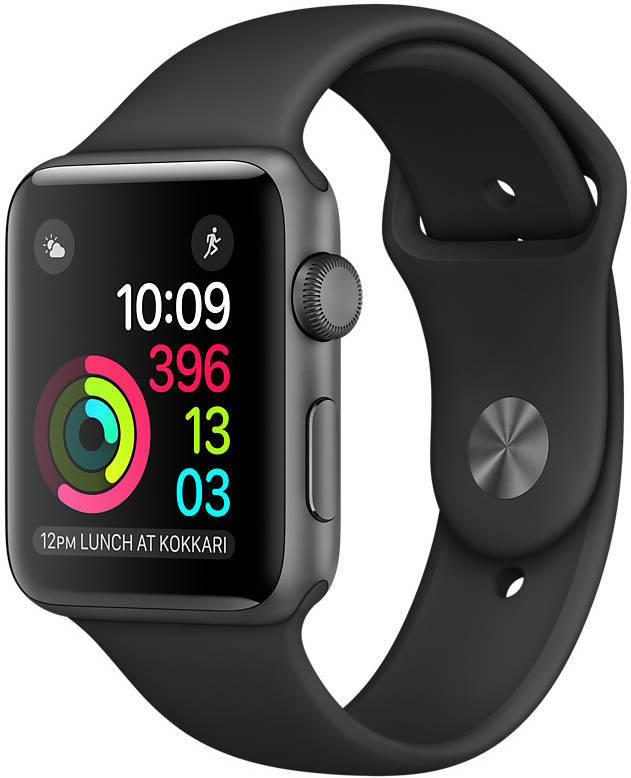 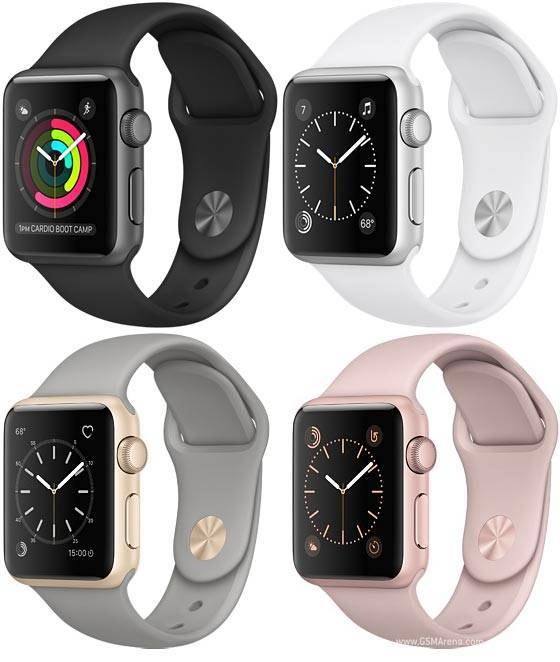 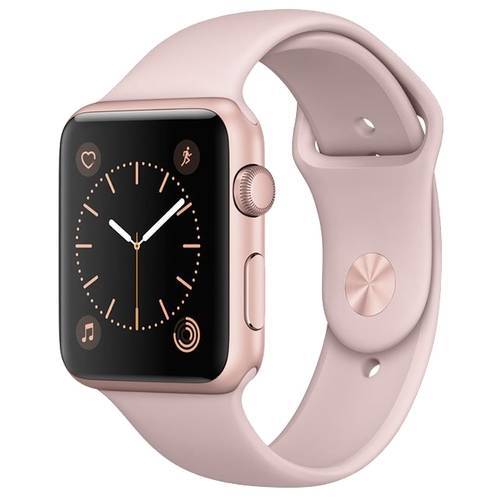 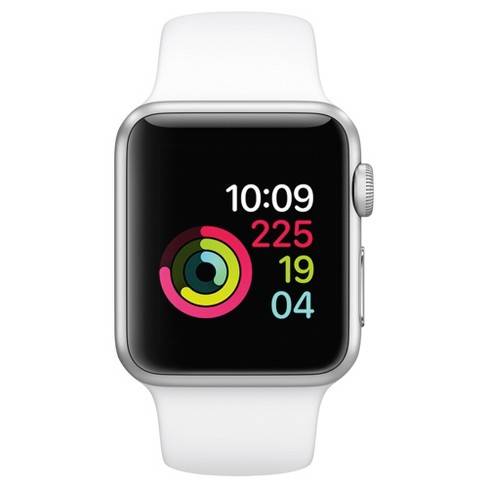 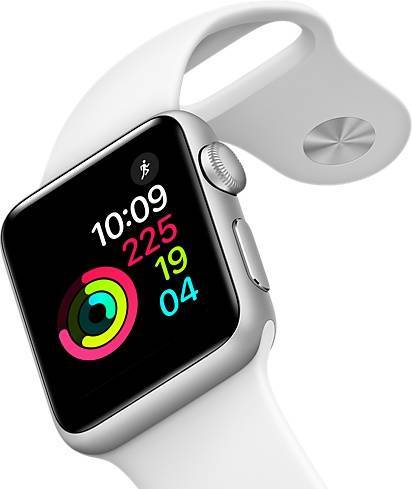 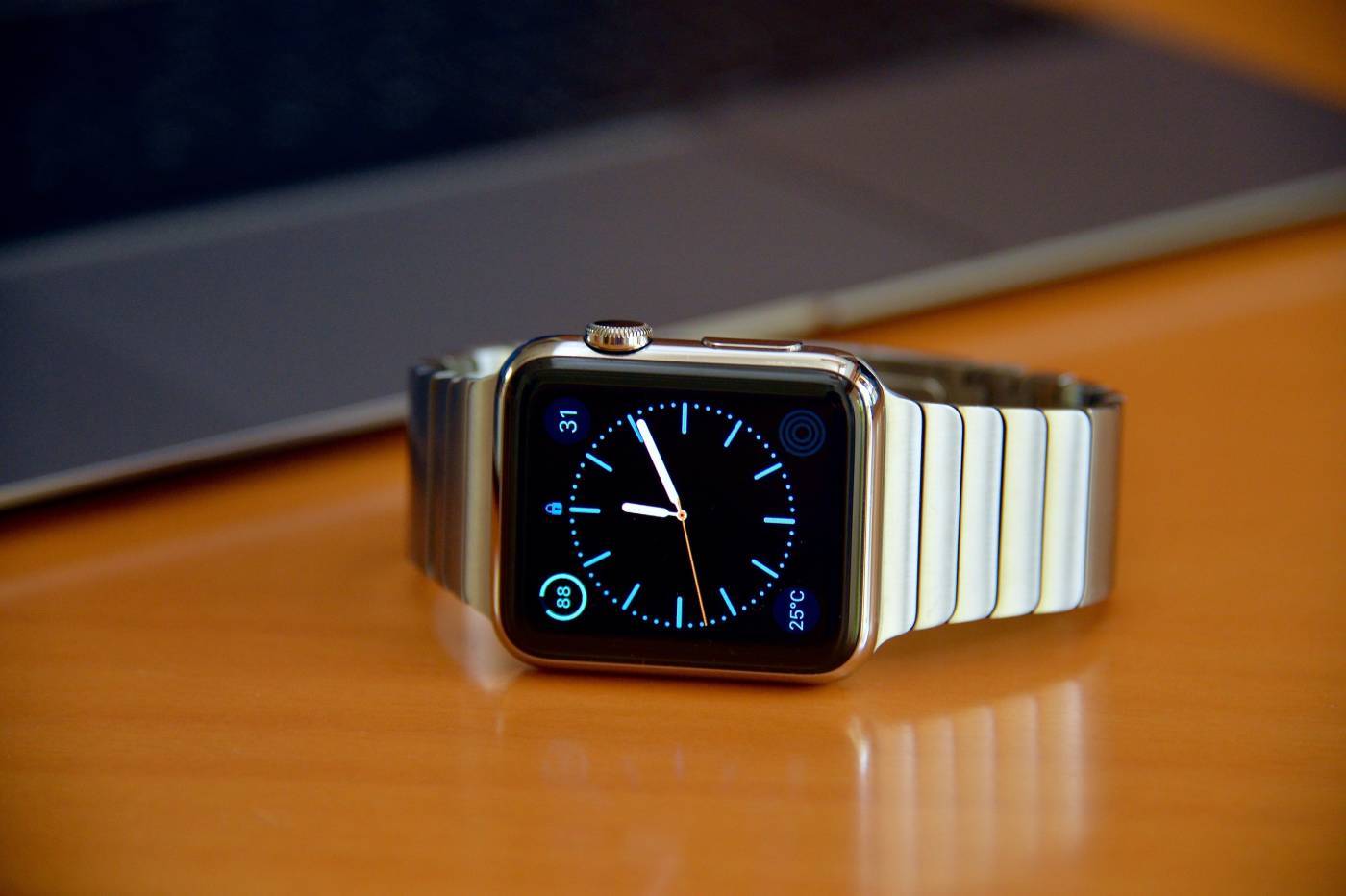 Apple Watch Series 1 (AWS1) appeared together with the Apple Watch Series 2 in the autumn of 2016. And when the second generation has received a number of improvements in performance and set of functions, AWS1 has just become an easy update of the original Apple Watch.

Now you can only buy aluminum Apple Watch Series 1 in silver or gray colours.
There are versions with a screen of 38 mm and 42 mm, with 272x340 resolution and 312x390 resolution respectively. According to the data of March 2018, Apple still sells AWS1. This model is suitable for those who are only getting acquainted with smart watches and do not want to spend a lot of money on the third generation. As Apple Watch Series 2 was officially removed from sale, we will compare AWS1 and AWS3 to decide what watch is better.

AWS1 is the same original Apple Watch with a more powerful processor. With the installed watchOS 4 operating system, the watch has received almost the same set of functions as the second or the third generation.

Set of Functions. All previous section is one big advantage of Apple Watch Series 1. With the updated watchOS 4 operating system, the watch has received almost all functions of the future models. It is limited only by its performance.
Memory. The maximum internal memory of gadgets in the same price category from Samsung, Asus and Huawei is 4 GB. The storage capacity of AWS1 (If we do not take into account place for OS) is 5.5 GB. This volume can be filled with applications and music designed by other developers.

Siri. Although the assistant cannot speak, as in AWS2 and AWS3, it remains to be invaluable. It is convenient to adjust the face of Siri. It shows notifications, reminders, weather, news, events. Siri recognizes the voice and answers questions.

Design. The same slots for the straps of all smart watches from Apple allow you to change them easily. You can choose from the following options: soft silicone, sports nylon with hook-and-loop fastener, steel Milanese loop, leather. The same is true about watch faces. All screensavers from watchOS 4 work in the first model of the watch. The faces can be customized, you can make your own one.

Compatibility. The main problem of all Apple devices is their exclusivity. The watch will only work after being synchronized with the iPhone, it is not compatible with other systems. Native applications work better. Failures and bugs in programs designed by other developers are much more common.
Battery. The claimed battery life is 18 hours, including 45 minutes spending in applications, 30 minutes listening to music and 90 time checks and notifications. The watch needs to be charged every night if you use it actively. Due to its weak battery, it is difficult to use the gadget for sleep monitoring — the AWS1 is not charged on the arm.
Processor. A dual-core S1P processor is weaker and slower than S2 one from the second or S3 from the third generation. New models work more smoothly. Applications load faster. In AWS1, the average time even for the native program launch is 5 seconds, and the programmes designed by other developers can hang for 30 seconds.
GPS. There is no navigation in the first watch either. This means that the watch will not be able to track the movement without being connected to the iPhone and then synchronize. Meanwhile AWS1 stores running tracks in the internal memory. It is enough for simple trainings.

Water. Apple Watch Series 1 has only protection against splashes. The watch will not fail after a short rain or washing hands, but do not swim wearing them. Even if you drop a gadget into the water for a minute, in this case repair is not covered under warranty.

Glass. The first series is sold only in an aluminum case with Ion-X strengthened glass. It gets scratches and can be hit quite easily. Sapphire crystal in steel and ceramic cases AWS2 and AWS3 is much more durable.


Other tips for using the Apple Watch Series 1

For more comfortable work with Apple Watch Series 1 you can:
Applications reinstalling can help to solve problems with bugs. If there is still a problem, try to reset the watch by pressing the side button for a long time.

If the watch case or battery are severely damaged, it is better to contact an Apple Service Center. If the repair is expensive, think about buying a new watch.

Now Apple sells only two watch models: the first and the third generation. AWS3 is equipped with GPS, water protection up to 50 meters and a powerful processor. Thanks to the operating system, Siri can speak in this watch. There are also AWS3 versions with the LTE-module, so the watch can call without being connected to the iPhone. In addition, the battery life of AWS3 is two full days.

But the first generation based on the watchOS 4 platform works with the same applications, that is, the set of functions is practically the same. If it is your first watch, then it is better to choose AWS1 — you can save 80 USD.

Prices of Apple Watch Series 1 and its competitors

Comparison with other smart watches:
All gadgets working not on WatchOS are compatible with both Android and iOS. The battery life of their competitors is longer. In terms of the ability of independent work, the most interesting alternative is Peblbe SmartWatch with an electronic ink screen. This watch has less number of functions than the Apple watch, but it works 80 hours being charged only once!