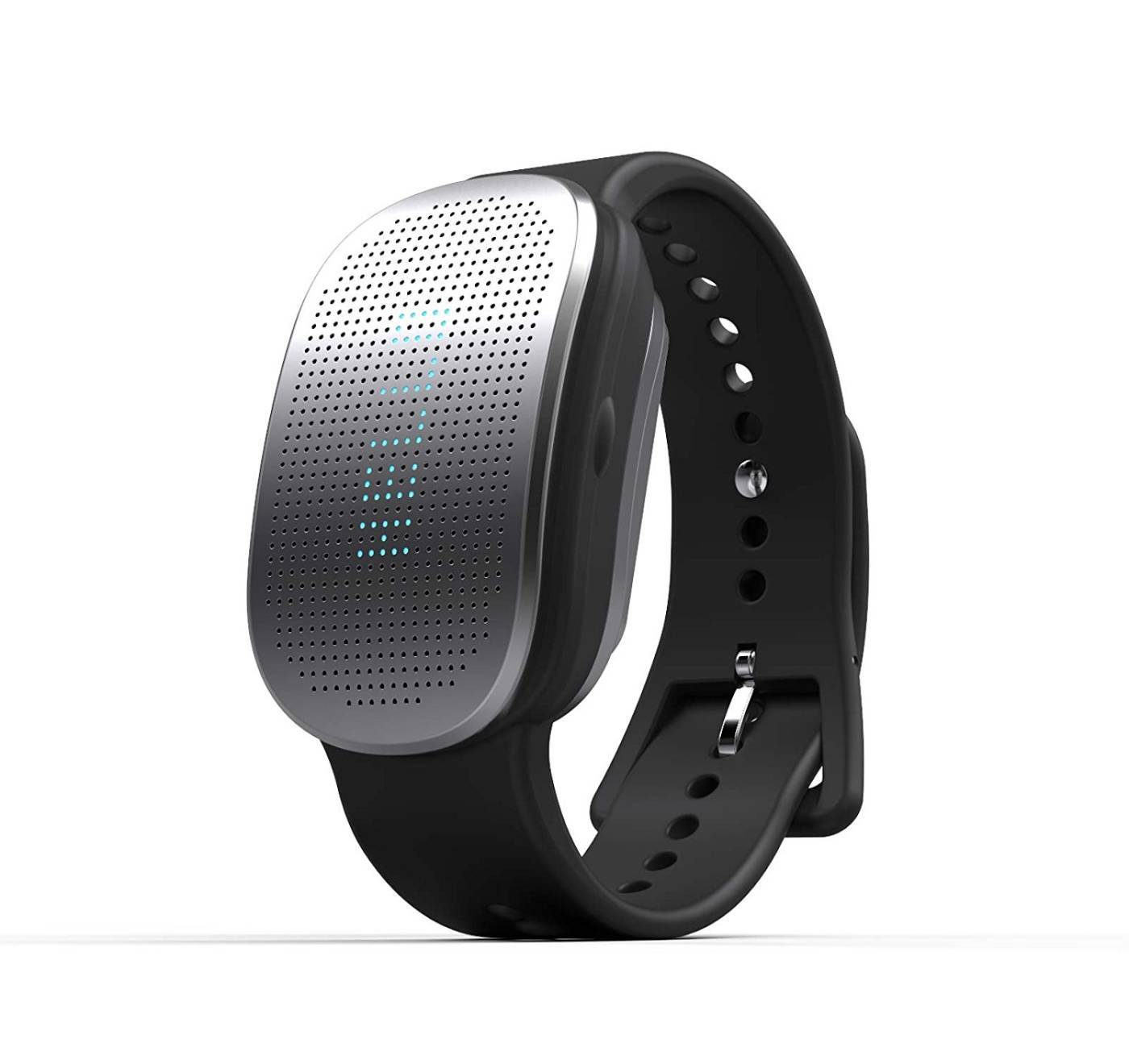 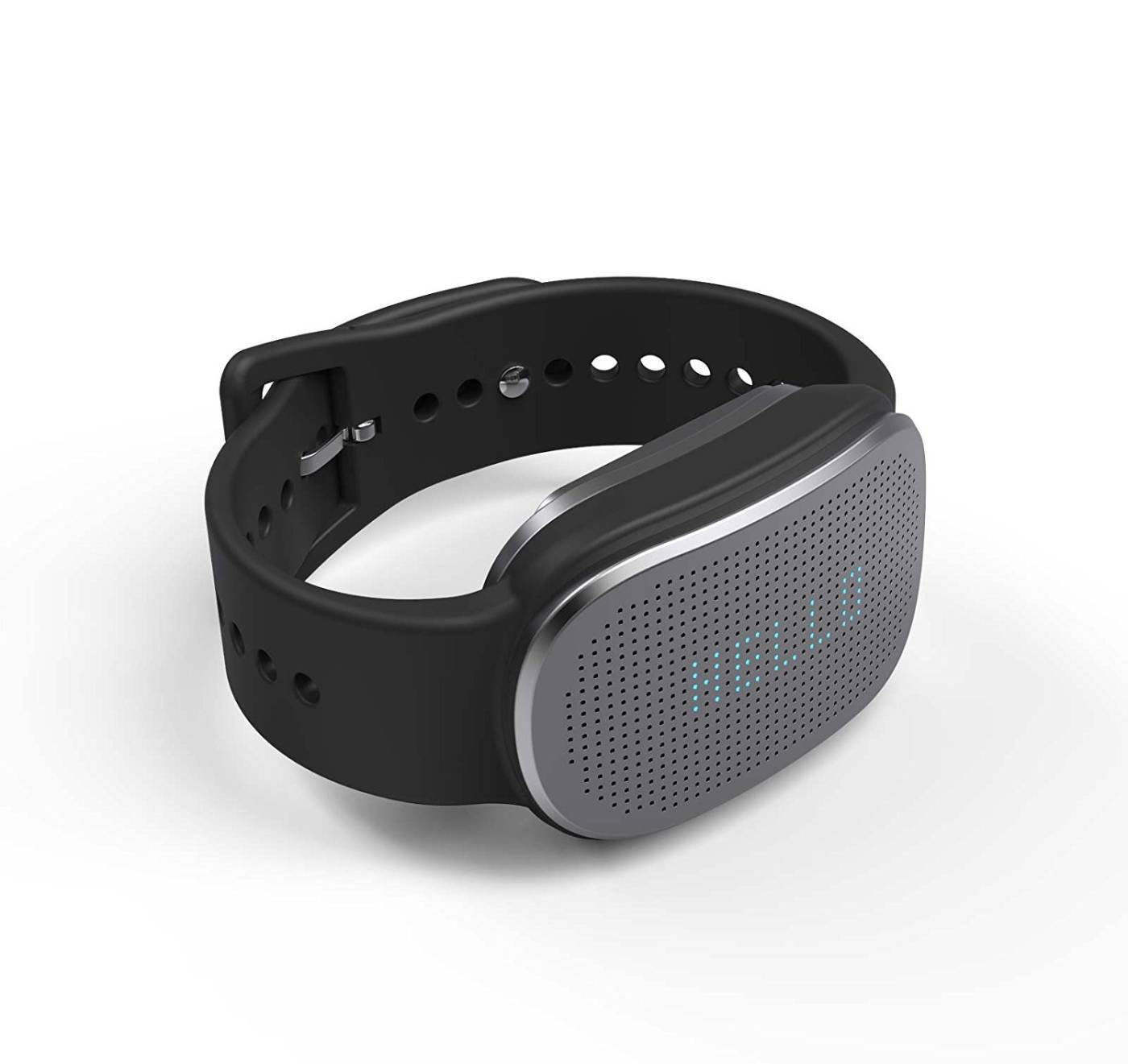 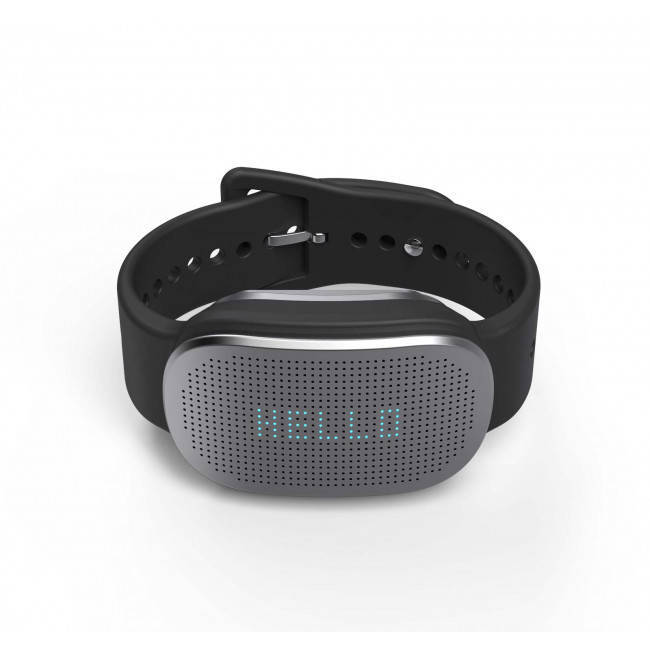 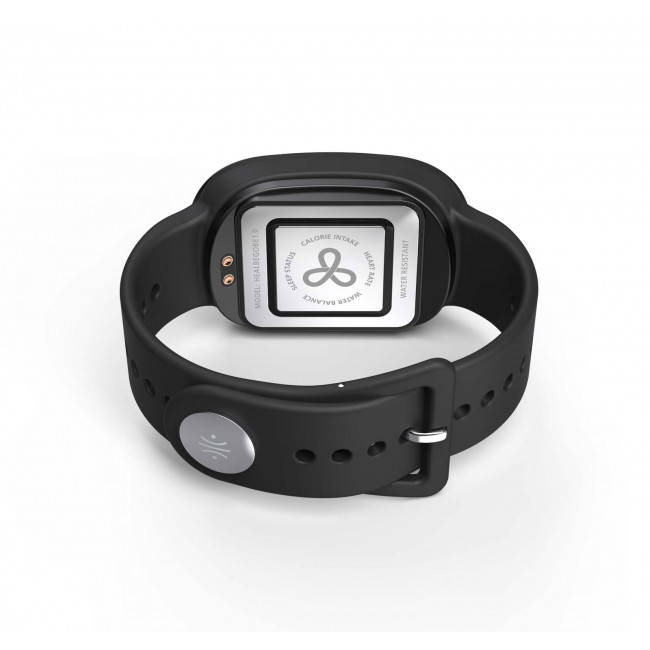 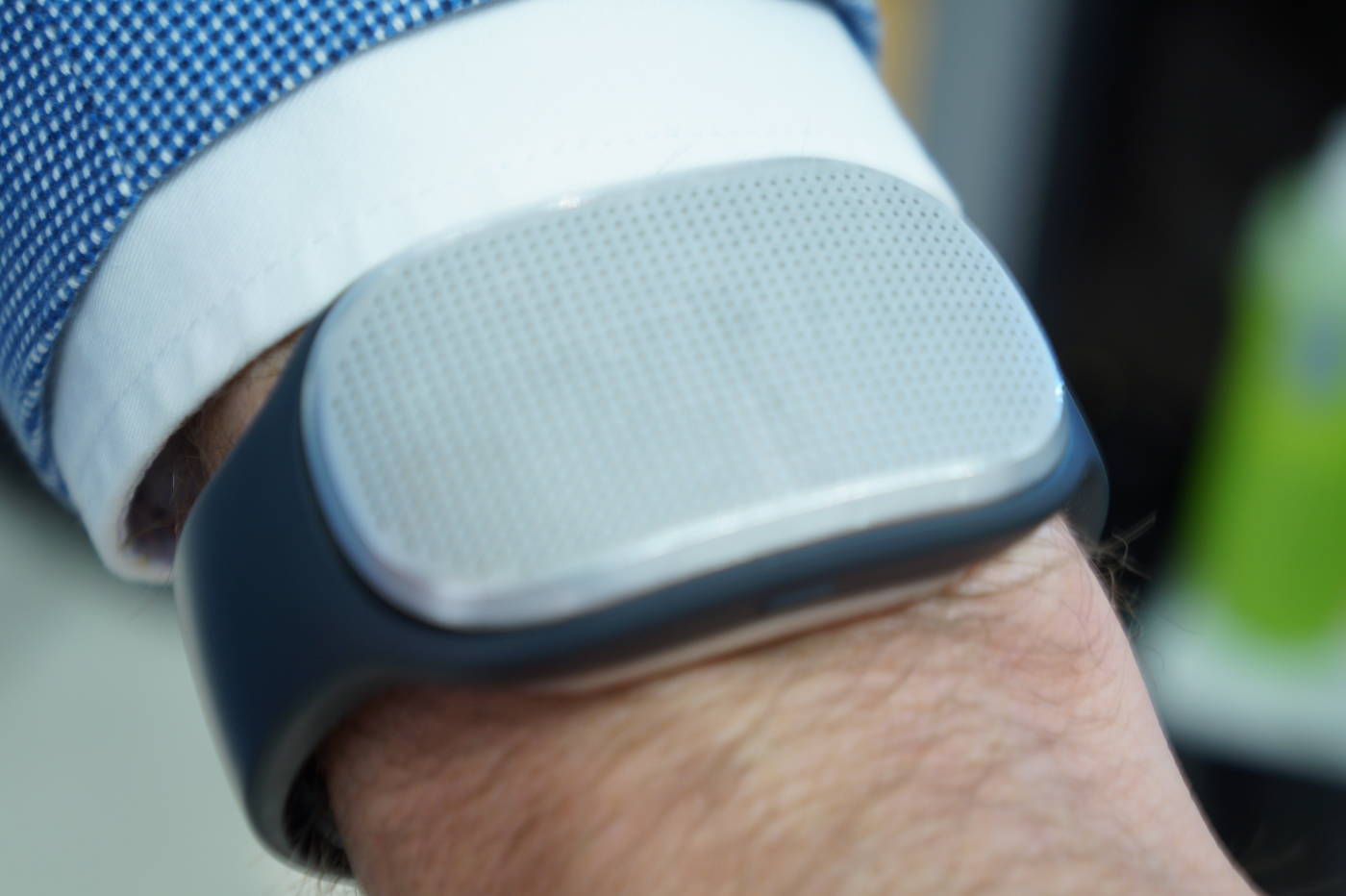 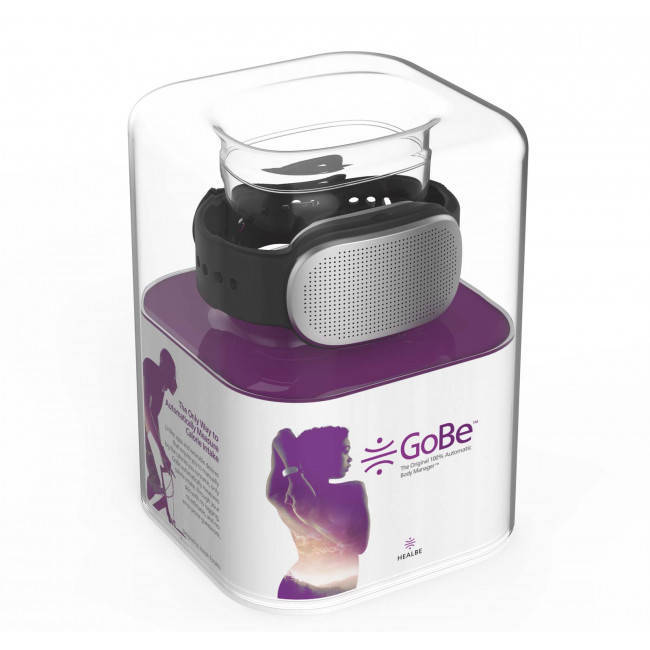 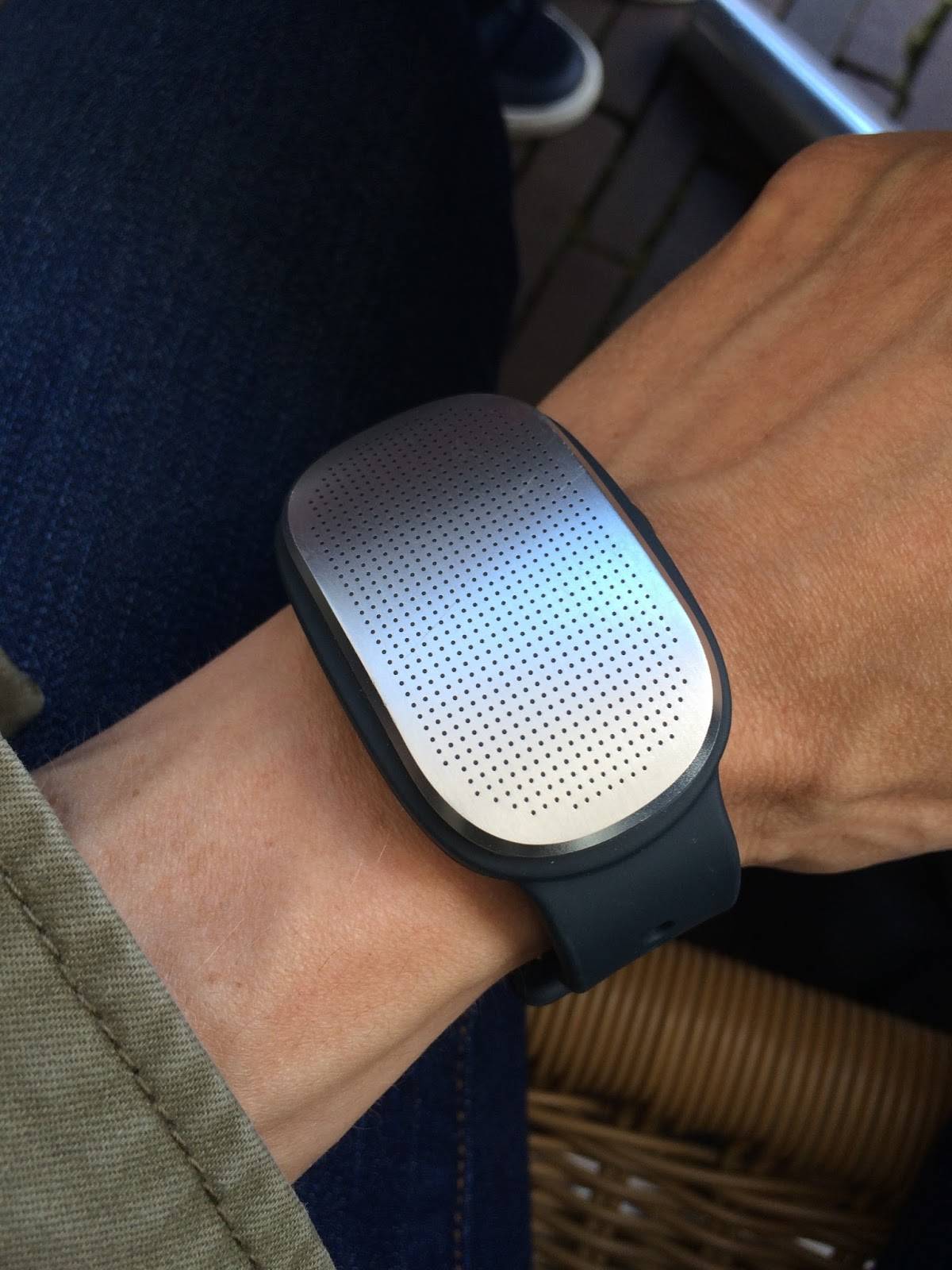 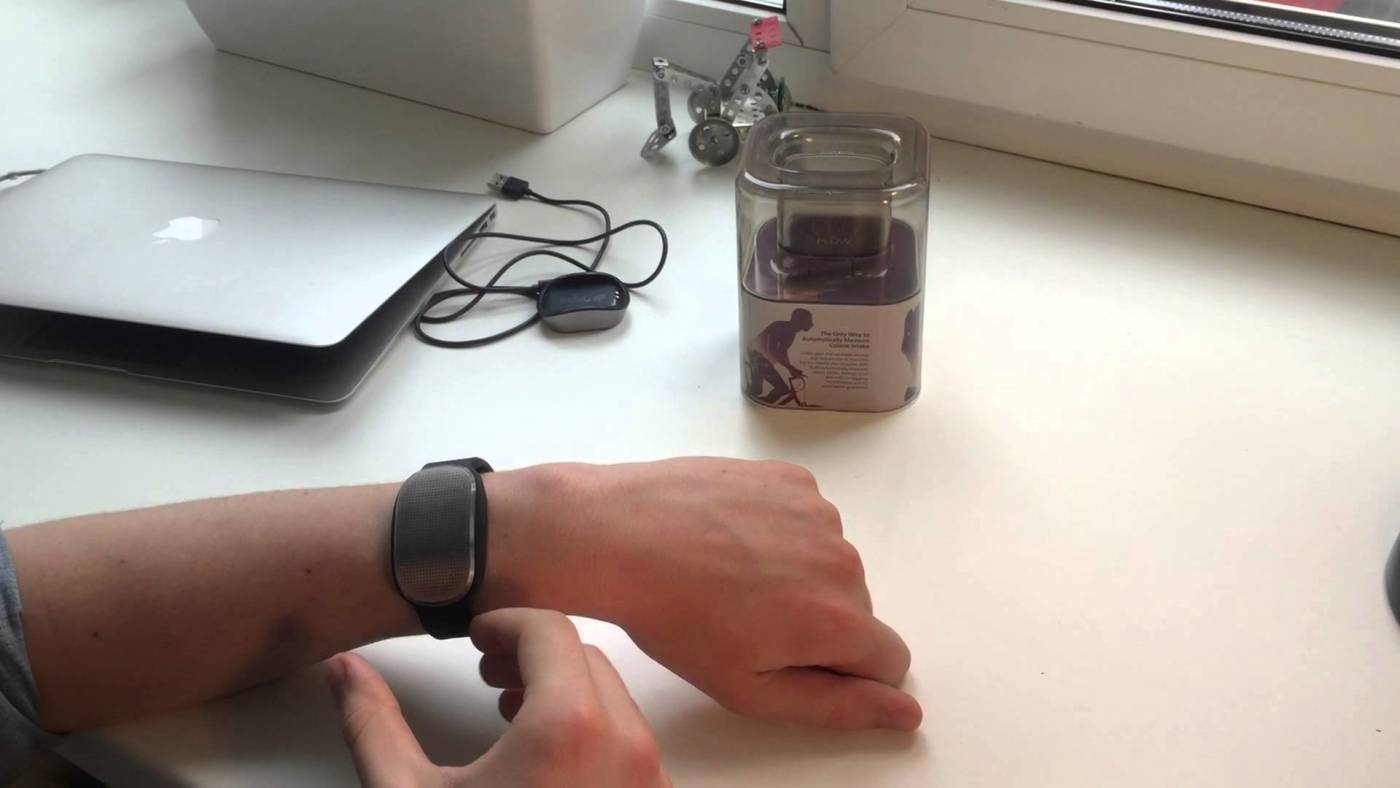 Healbe GoBe is a fitness wristband that measures calories consumed, proteins, fats and carbohydrates. The developers declare that it does this. There are also less impressive features in the kit: the balance of water in the body, a heart rate monitor and a pressure sensor, a step counter, sleep monitoring, stress level. It looks like a small plate with holes. It weighs 100 grams..It triggers questions concerning its efficiency and technology for the fifth year in a row.
Important! The first generation of Healbe GoBe is no longer officially sold! The company has released the second version and supports it. This overview is about the first generation.

In 2013, Healbe appeared on Indiegogo with the project of an innovative fitness wristband. They showed a killer-feature — the measurement of calories consumed. Journalists and doctors from all over the world immediately accused Healbe of quackery, they said that the company sold the unreal technology.
However, such methods have already existed. Instruments counted calories on the basis of non-invasive glucose control (without needling or blood sampling). The problem is different. All such mass trackers failed because the method requires precise individual setting. There was no question of any more or less acceptable accuracy.


In 2014, researchers from St. Petersburg confirmed that Healbe GoBe did work. Those journalists who tested the gadget wrote that the readings differed from the manual calculation, but it was logical — manually you can only count the approximate number of calories consumed.
The accusations did not disappear even after the tests. At first Healbe was going to release the device in December 2013, then in summer 2014 and in winter 2014. As a result, the first Indiegogo investors received the wristband only in February 2015. But they did receive it! Healbe GoBe went on retail sale in May 2015 at a price of 300 USD. During the fundraising campaign, developers received 9 million dollars.

Since 2013, Healbe has proved its good intentions. The company did release the gadget, and now it is constantly working on to improve it. At the beginning of 2017, even a follower appeared — Healbe GoBe 2. But the quality and accuracy are still not perfect.

The design is unusual. The wristband itself looks like a speaker or a GPS tracker — it is a slightly curved metal plate with many small holes. There are blue diodes under the plate. This screen can show the time, the pulse, steps, calories and percentage of charge It is difficult to see the information in the bright sun, but in general the gadget looks fresh and interesting.
The case is attached to a silicone strap, only two colors are available — black and purple. It is fastened tightly on the arm. At first, it may be unusual because Healbe GoBe "sticks" to the skin to keep track of the body's performance. The sensors are hidden on the back of the case, there are also the connectors for the charging docking station in the same place. There are three sensors in total:
All the sensors together count the calories in accordance with FLOW Technology — the development of Healbe — and observe the activity. Piezes and an accelerometer monitor sleep.
The main feature of the gadget is that it is heavy. It is very heavy. It weighs 100g. Compared with the other available trackers, this is really a lot, and the gadget is felt on the arm. It is especially unusual to sleep wearing the wristband. In its design Healbe GoBe is similar to the Xiaomi Mi Band, it is only bigger and heavier.

Analytics and test results in this overview are obtained from Engadget, Digital Trends and Medgagdet experts.

Innovative technology — automatic calculation of calories and water;
Fairly accurate tracking — its average error level is 20%;
Convenient application — clear and fine statistics;
Protection from water — up to 3 meters, it is protected from splashes and shower.

Innovations. After the release of Healbe GoBe 2, both generations received a new firmware, and this is one of the most important advantages. In previous versions, calories were not automatically counted. With each meal you had to press the button — an uncomfortable and very tight one — to turn on the tracking. And sometimes you had to do it several times during a meal. Now the wristband calculates everything by itself, which is very convenient. You still need to confirm the meal in the application, but there are no buttons anymore! The same situation is with water measurement — you do not have to add manually each glass of the water, the device understands everything by itself;
Tracking. Experts' opinions and test results are very different, but on average the indicators of all sensors are close to the declared ones — they are at the level of 80% of accuracy. This is definitely an advantage! The situation with calories is the best one, but just because manual calculation here is even less accurate. The pedometer and sleep monitoring have also showed excellent results. The situation is a bit worse with the correlation between proteins, fats and carbohydrates, as well as with pressure — these indicators are far from real ones;
Application. It looks stylish, shows all statistics from the wristband, works on Android and iOS — what else do you need? There are many beautiful graphs, reports on the past days. The web version has even more retrospective data. The first synchronization takes up to 3 minutes, but then it works quickly. A lot of information about the user is an advantage in this case, too, and what’s more, the gadget works more accurately on this basis;
Water tightness. It is not 50 meters like in many fitness trackers, but don’t be afraid of taking a shower or walking in the rain while wearing Healbe GoBe.

Weak battery — it works less than 24 hours with full set of functions;
Inconvenient charger — you need to remove the case from the strap;
Coarse design — an unusual display, a heavy strap.

Battery. It prevents you from perceiving all the advantages. We have to choose what is more important — calories tracking or sleep monitoring because the wristband does not withstand being the whole 24 hours on the arm. It is a great pity when Healbe GoBe turns off during dinner or at night — and then the alarm does not work. With a minimum set of functions it works during 2–3 days, but on average — no more than a day. It takes half an hour to recharge the gadget up to 50%, but still you have to find this time;
Charger. The charger itself is uncomfortable. The docking station is attached to the bottom of the case, so it could be simply pulled out from the connector in the wristband. Therefore, you need to take off the wristband, put the case on charge, wait half an hour and do everything once again. Sometimes the gadget cannot be charged at all. One of the solutions is to put it on its side, but it also does not give any guarantees;
Design. The Healbe GoBe design is unusual. This affects the set of functions: the text on the screen is situated perpendicular to the hand, it is not very convenient to read it, the wristband itself is cumbersome, especially on the female wrist. After the shower, you can be given slight electric shocks from the sensor — as in a bad Chinese watch. The main button is stiff, but you will not need to press it often after the firmware updating.

Inaccuracy of tracking is not regarded as an error. Many bugs appear when the sensor loses contact with the skin — to work properly, it should always fit your skin tightly. Therefore, check the wristband more often if you notice a malfunction. Some journalists note that Healbe GoBe calculates pressure on the basis of another statistics, not measuring it directly. There are no confirmations of this information, other experts did not have such problems. Another bug from the Digital Trends analyst — the application often says that the wristband is worn incorrectly. It is also solved by checking the sensor and its contact with the skin.

Typical errors are also given on the official Healbe site:
Sometimes resetting to factory settings can help. You can do this only with the smartphone — go to the application and open the section with the service settings. Then just select "Reset".


Recommendations for owners of Healbe GoBe

Useful tips can also be found on the website:

The opinions of ordinary users as well as of experts differ. As for advantages, activity monitoring, motivation in terms of water balance, observation of sleep are mentioned. As for disadvantages, cumbersome design and weak for such a number of features battery are listed. One of the main arguments is that Healbe GoBe has no competitors. And it is true. Fitness trackers with non-invasive glucose and calorie control are not yet available. One exception is Healbe GoBe 2.
The following review deserves attention: "On the whole, it is a very Russian device: magical and wacky, but you believe in this miracle and immediately feel better...".

The companion is available for Android starting at 4.3 and for iOS starting at 8. The app is compatible with Apple Health, Google Fit and InKin. Connection to the gadget is possible via Bluetooth.
Compared with the design of Healbe GoBe itself, the application is simple and stylish. During your first contact, you need to fill in enough detailed information: sex, age, weight, height + arm length, step length, general health level, normal pressure and pulse when you do not move. It is better to fill in these facts accurately — otherwise, errors may seriously affect the gadget's measurements.

After the authorization, the main screens will become available, each of them is supplied with tabs for short and detailed statistics, data for the current day and six previous days:

The application has a web version. The site has all the same statistics, but for the entire period of wristband usage. The graphs look nicer on the big screen.